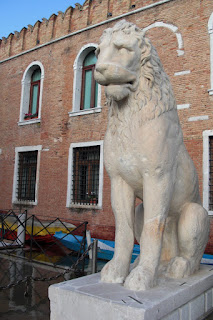 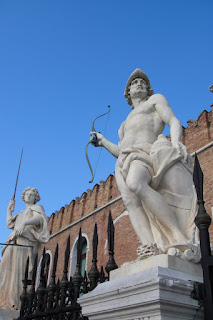 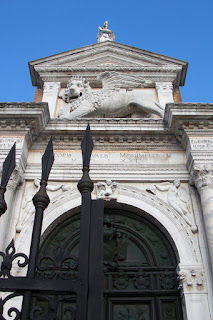 In the early Middle Ages, the Venetian Arsenal was the largest industrial complex in the world, employing as many as 16,000 workers and producing one warship a day. Ships were built and equipped on a production line using standardized parts, making this effectively the first modern manufacturing facility in the world. The gate seen here dates from around 1460, and the lion statues were pilfered from Constantinople, which the Venetian Republic conquered in 1204 during the Fourth Crusade.
The Arsenal was operational from 1104 to 1797, when Napoleon destroyed it during his conquest of Venice.
Posted by Jackie Jouret at 11:11 AM