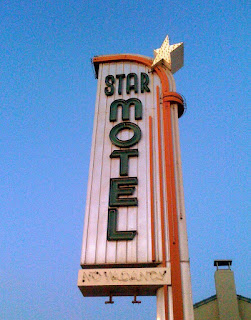 Lombard St. at Laguna, SF
Posted by Jackie Jouret at 8:52 PM No comments: 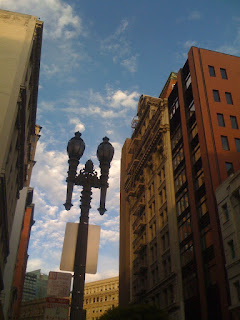 Posted by Jackie Jouret at 2:01 PM No comments: 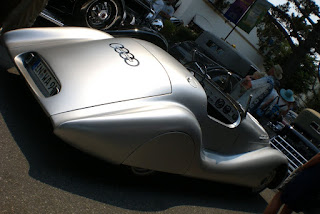 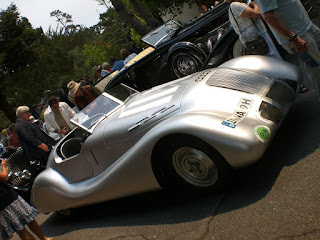 Built for the Mille Miglia but never raced, now part of the Audi AG collection in Ingolstadt. Not so pretty from the front, but what a rear! Driven in this summer's Pebble Beach Tour, as it should be.
Posted by Jackie Jouret at 5:39 PM 2 comments: 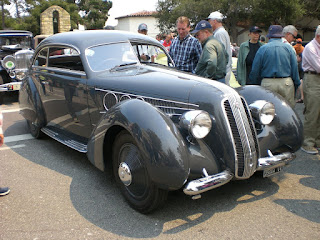 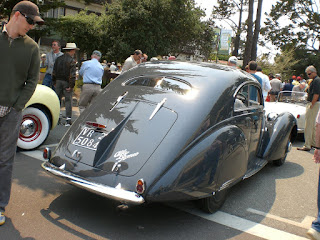 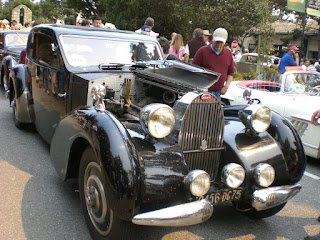 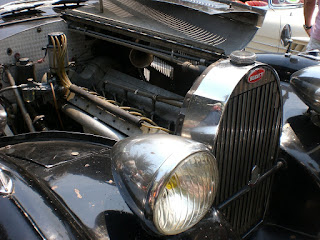 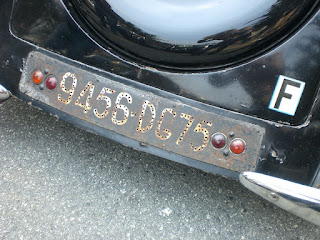 Unrestored Bugatti Type 57C from 1939, recently found in France and driven on this summer's Pebble Beach Tour. The interior features some really nice Jaeger gauges, which I couldn't photograph, unfortunately, for lack of light.
Posted by Jackie Jouret at 5:31 PM No comments: 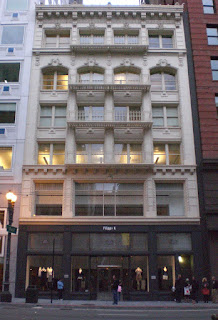 Tasteful restoration of a classic downtown office building.
Posted by Jackie Jouret at 5:29 PM No comments:

The Way To Cook 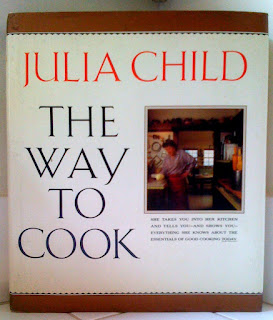 I couldn't resist seeing "Julie & Julia" last night, and I was delighted by Meryl Streep's exuberant portrayal of Julia Child. Streep captures Julia Child in all her joyful enthusiasm for food and for life, and her characterization never descends into caricature even though Child was almost a caricature in herself. Stanley Tucci is perfect as Paul Child, and he conveys a genuine love for Julia in every scene.
The only thing stopping this film from being perfect is the half about the young blogger working her way through Julia Child's Mastering the Art of French Cooking. I don't know if it's Amy Adams herself or merely her characterization of Julie Powell, but I cringed every time she was on screen. By comparison to Julia Child, she seems petulant, self-pitying and prone to emotional meltdowns, more girl than woman even though she turns 30 during the course of the film. (Naturally, this is presented as something to "get through," as if it were some sort of dread disease rather than merely her birthday.)
The contrast between these two characters is striking, and it makes a pretty damning statement about American womanhood in 2009, especially compared to the same in the immediate postwar era. Have we really become so fragile, so immature?
Instead of getting bogged down in gloom, however, I decided to dig out my copy of Julia Child's The Way To Cook and make something nice and summery. Stuffed tomatoes, anyone?
Posted by Jackie Jouret at 4:44 PM No comments: 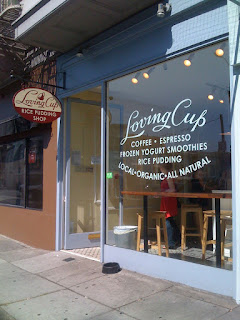 When you're having an existential crisis (who, me?), few things can offer the comfort of rice pudding. It's not particularly hard to make, but those who want to save themselves from a lot of stirring can pop over to the rice pudding store on Polk St. and simply order a cup to go, all organic and totally delicious.
As someone who once gained about ten kilos eating rizogalo in Greece, I can only ask myself: Why didn't I think of this?
Posted by Jackie Jouret at 4:25 PM 1 comment: