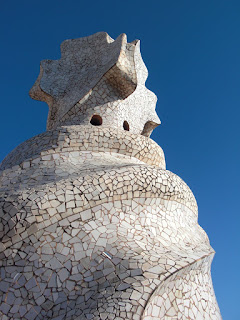 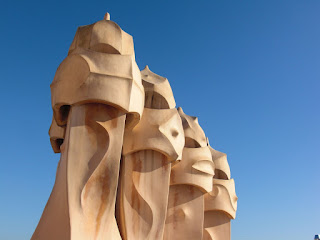 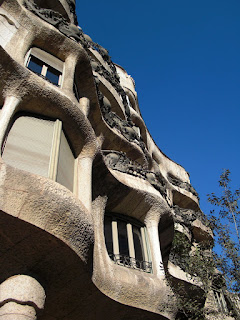 La Pedrera (also known as Casa Milà) was built from 1906-1912, much later than the Palau Guell seen below, which dates from 1895-1890. Gaudì is working in a more fanciful style here, using more thoroughly organic, flowing forms interpreted from nature. Again, the rooftop is a magical space of chimney-top soldiers and staircase towers that resemble the forms created in windblown sand.
Posted by Jackie Jouret at 10:28 PM No comments: 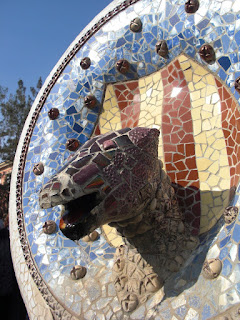 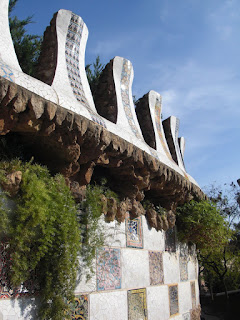 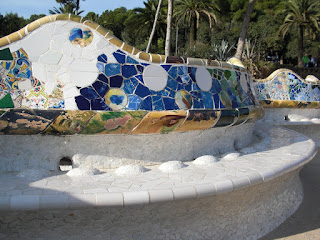 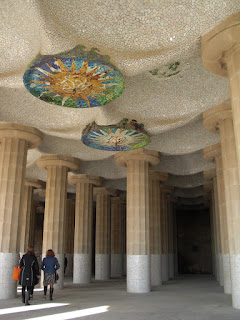 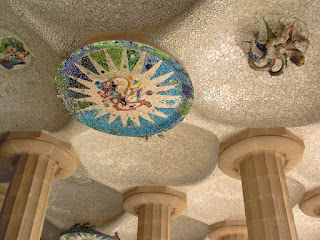 Originally intended to be a housing project, Park Guell failed to find buyers and remained uncompleted. It was eventually given to the city of Barcelona for use as a public park, and it quickly became a symbol of the city itself thanks to Gaudi's marvelous amphitheatre set above a series of columns, none of which appear to be actually vertical. The ceiling of the columned area is like the floor of the sea above one's head, executed in mosaic tile.
Posted by Jackie Jouret at 10:22 PM No comments: 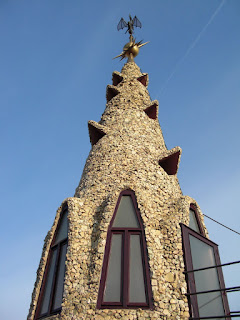 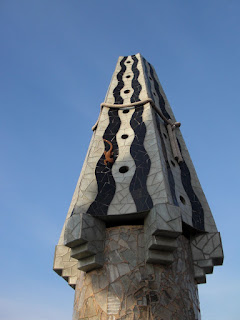 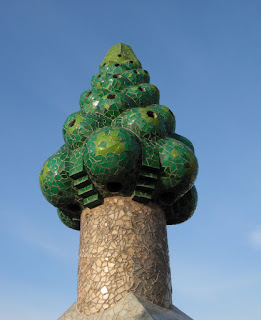 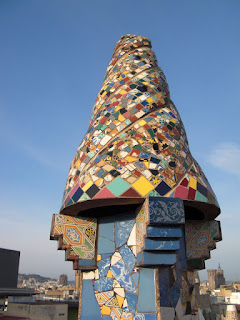 On the roof of Palau Guell, Gaudî created a magical space with his fanciful chimney tops and staircase towers, all covered in trencadis, or broken pieces of tile.
Posted by Jackie Jouret at 10:19 PM No comments: 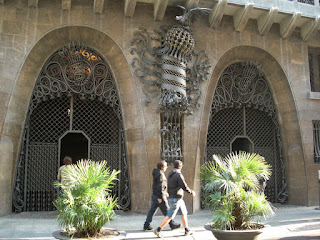 Built by Antonio Gaudî for Eusebi Guell, Palau Guell was one of Gaudî's first commissions for a private home on a grand scale. He designed the doors to follow the parabolic form of a suspended chain turned upside-down; as you can see, he did a lot more with the entrance than model a pair of parabolas.
Posted by Jackie Jouret at 10:15 PM No comments: