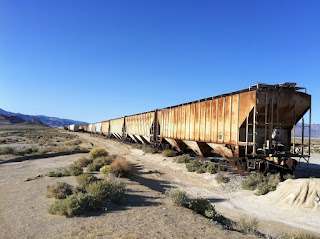 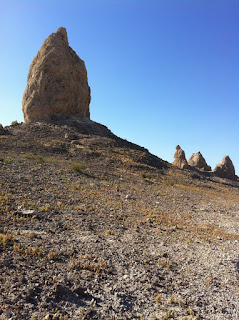 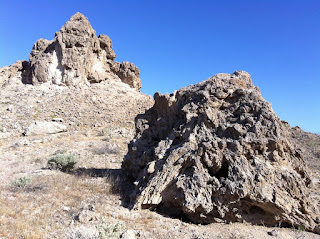 At the western edge of the Mojave Desert, Trona, California is situated along Searles Dry Lake, one of the many dry lakes that remain from the time when much of California was an inland sea. As one would expect, it's rich in minerals, particularly borax and potash. Back in the 19th century, borax was brought out of the Mojave on wagons pulled by twenty-mule teams. Like any good American, I had the image of those wagons imprinted on my consciousness forever thanks to the ads for "20-Mule Team Borax" cleanser that ran on TV in my childhood. The Trona Pinnacles are calcium carbonate (tufa) formations that were left behind when the sea evaporated.
Posted by Jackie Jouret at 2:14 PM