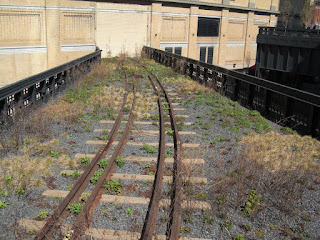 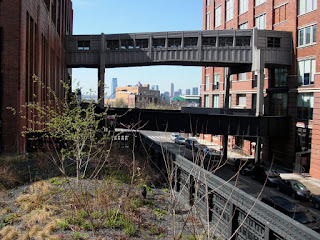 The recently opened High Line Park presents an interesting (and popular) re-imagining of an elevated rail line as a park. It resulted almost by accident after the West Side Line through Chelsea fell into disuse and was partially reclaimed by nature. Local residents lobbied for the creation of a park along the old rail line, and the city of New York agreed to fund the project rather than dismantle the line as planned. It opened last summer, and it's been enthusiastically embraced by the community ever since.
Posted by Jackie Jouret at 10:26 PM