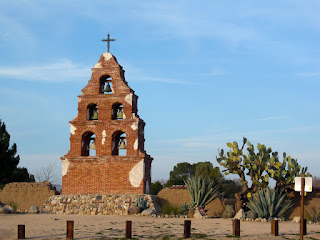 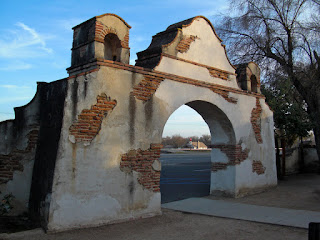 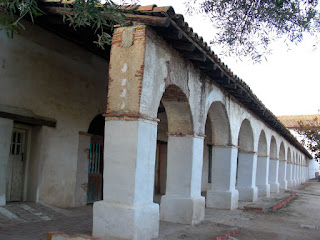 Drive down El Camino Real (aka U.S. 101) south of King City and you'll see the bell tower of the Mission San Miguel Arcangel, established by the Franciscans in 1797. Secularized by the Mexican government in 1840, the buildings were used as a market and a saloon before they were returned to the Church in 1878, by which time California had become part of the United States; the Franciscan monks returned in 1928. The church (and its incredible frescoes—see below) were seriously damaged by an earthquake in 2003, but an admirable restoration project has allowed it to reopen to the public after being closed for six years.
Posted by Jackie Jouret at 5:50 PM